Employers will have to work harder to get younger staff to return to the office in a post-pandemic world, according to data released by multi-national construction giant Lendlease.

In a collaboration with Leesman— who measure and analyse employees in the workplace—Lendlease found newer and younger workers did not want to go back to the office, and in some cases, did not want to engage at all.

Lendlease head of customer strategy Alison Webb says there is a clear correlation between age and the likelihood of someone wanting to work from home.

Forty-five percent of workers under 25 years preferred to work from home with 43 per cent happy with some form of hybrid work practice. Only 12 per cent want to return to the office.

And a third of workers under 34 years want to continue working from home, with 56 per cent of that demographic opting for a hybrid environment. Eleven per cent will return to the office.

But 60 per cent of those over 55 years were prepared to consider a hybrid approach, with a quarter still wanting to work from home.

“The first thing we found is that hybrid is happening, it’s here, it’s not new,” Webb said.

“But we also learned that any move to take that away from younger workers will be met with real resistance.”

The head of customer strategy was addressing about 300 industry leaders at The Urban Developer’s Urbanity conference on the Gold Coast last week on the shifting dynamics of work and place.

Webb said their data had found younger generations really pushed back against the notion you can’t make meaningful connections online, or those connections could only happen in person.

“For this generation, that’s simply not true,” she said. “That’s not their lived experience. And in fact, they called out the awkward experience of making connections in real life.”

But Webb cautioned the office and city have a crucial role to play and are central to business performance. Decades of research showed it was the quality of the time employees had together that allowed people to work effectively.

And, outside the conference, she said it was important not to go too far in only catering to younger needs.

“It’s certainly not just about catering to one group,” Webb said.

“I won’t name names but one of our biggest tech firms has the experience of going the other way where the office can be a bit of a frat house, and you now have the older generations staying away. 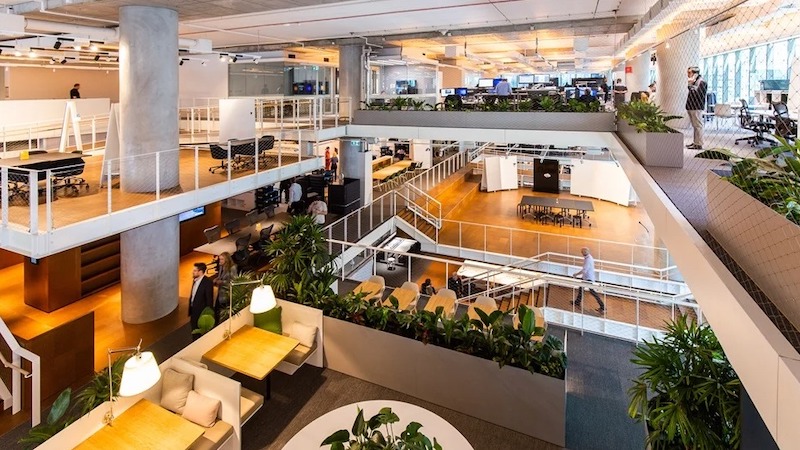 Younger generations were not averse to cities, the data showed, continuing to go to bars, restaurants and engaging with city life.

So Lendlease turned to San Francisco-based International Connector—who work with GenZ and Millennial innovators to design the future of the workplace—to work out why the office is not holding as much appeal.

Further, the office has a strategic advantage over working from home when it came to connection, innovation, and customer engagement. Developers of future office space would need to “lean into the strengths of the office”.

“What it means basically is people want to go to the places where there are other people,” Webb says.

“So along with the flight to quality, which we talk and hear a lot about, we believe there is also a flight to humanity. 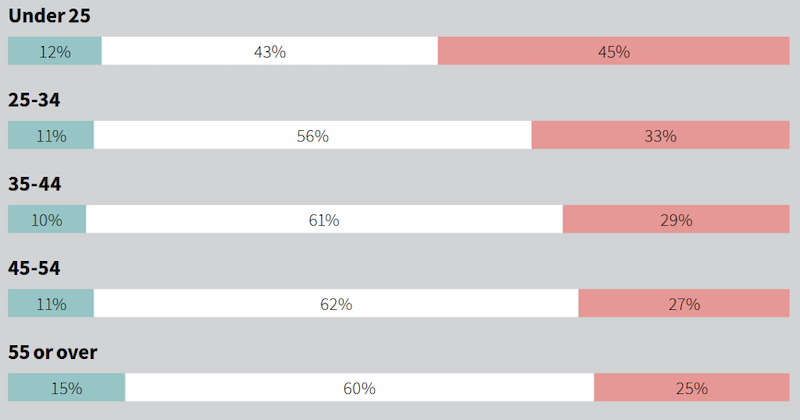 “Now, perhaps more than ever, location is really important. And that’s because the commute really matters.

“So, it’s important we understand the drivers of commuter satisfaction, such as the length of commute. The longer your commute takes, the less satisfied you are.

“But also, the mode of commute. People are happy with longer commutes if they come in by bike, on foot or on the ferry.”

Webb said city and office providers needed to think harder about how to compete on different fronts, such as location and improving the commute.

“Down the line, it’s going to be we’ve given a lot of power to the individual to choose what they want and how they want to work,” she said.

“It is now about educating that individual, saying you do have choice, you do have autonomy, but there’s a real business reason why we come together, and you need to find that value for yourself.”

You are currently experiencing The Urban Developer Plus (TUD+), our premium membership for property professionals. Click here to learn more.